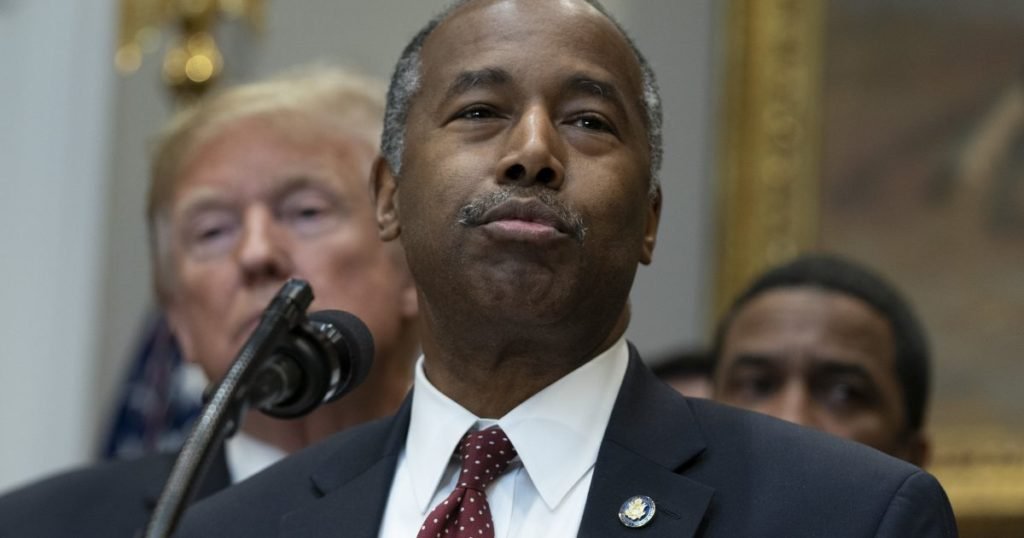 A major Trump administration rewrite of the fair housing regulations that govern federal development grants is inching closer to completion.

In late December, the U.S. Department of Housing and Urban Development (HUD) sent Congress a proposed rule that would ask localities receiving federal housing funding to report on their housing market outcomes, and then propose concrete steps for improving housing affordability.

HUD would then use the data it collects to rank and incentivize local jurisdictions. Localities that either have affordable housing, or see housing become more affordable over a five-year time period, would be rewarded with additional grant money and other incentives. The department says it would "focus remedial resources and potential regulatory enforcement actions" against the lowest-performing jurisdictions, who potentially could lose access to HUD grants entirely.

The rule, which has yet to be made public, is a marked change from prior regulations issued by the Obama administration in 2015. Those required grantees to collect voluminous amounts of demographic data and then use that data to craft plans on combating racial segregation and concentrated poverty.

The Trump administration argues those rules were "overly burdensome" in their requirements and "too prescriptive" in their desired outcomes.

In early 2018, it delayed the implementation of the Obama-era regulations. In August of last year, HUD Secretary Ben Carson announced that fair housing rules would be rewritten entirely to encourage local jurisdictions to add housing supply by loosening regulation.

The proposed rule still leaves a lot of details to be sorted out. Its early circulation has already provoked a storm of controversy between those who see free, well-functioning markets as the best guarantor of fair housing, and others who argue for a much more proactive federal response.

HUD's proposal "incentivizes a race to the top among localities based on housing affordability and availability and then offers a chance to put some teeth behind that," says Michael Hendrix, the director of state and local policy at the Manhattan Institute.

The proposed rule focuses HUD on the things that really matter when it comes to fair housing, he tells Reason, while also reducing the regulatory burden on local governments.

Other housing advocates are less pleased, arguing the new rule is much too narrow and actually weakens, not strengthens, the federal government's enforcement powers.

The root of this regulatory dispute goes back to the 1968 Fair Housing Act (FHA), which outlawed housing discrimination for a number of protected classes—including race, religion, and disability—and required that HUD programs be administered "in a manner that affirmatively furthers fair housing."

What exactly is meant by affirmatively furthering fair housing, however, is not defined by the FHA, leaving it up to regulators and the courts to hash out.

For most of the FHA's history, HUD required communities receiving federal housing money to produce analysis of impediments (AI) reports, which detail obstacles to fair housing.

Those rules were widely considered to be a toothless rubber stamp that did nothing to satisfy the government's fair housing obligations.

Under the old AI process, for instance, HUD did not give any guidance on what might count as an impediment to fair housing, or what steps localities might take to overcome those impediments. It did not even review the AI reports that localities produced, and did not specify how often they had to be updated.

So in 2015, the Obama administration issued a new rule, called Affirmatively Furthering Fair Housing (AFFH), which was much more complex in its requirements and much more ambitious in its aims.

The text of the rule says it would empower grant recipients "to foster the diversity and strength of communities by overcoming historic patterns of segregation, reducing racial or ethnic concentrations of poverty, and responding to identified disproportionate housing needs."

The 2015 rule required local governments to complete lengthy fair housing assessments that included some 92 questions on a huge array of topics, including everything from access to transportation and education to labor market outcomes. Jurisdictions that did not complete these assessments to HUD's satisfaction were required to do them again.

The 2015 rules "asked too much and asked too little at the same time," Hendrix says. The number of things jurisdictions were asked to report on saw some cities produce tome-sized AFFH assessments, while other localities struggled to complete them at all.

Philadelphia's AFFH assessment was over 800 pages long. Los Angeles' was over 400. Meanwhile, of the 49 jurisdictions that were the first to turn in AFFH assessments between October 2016 and December 2017, 63 percent of them either failed to meet HUDs standards or managed to do so only after preparing subsequent drafts, according to the text of Trump's proposed AFFH rule.

At the same time, the 2015 rules did too little in that they did not require localities to take any specific actions besides completing the AFFH assessments.

This was part of a deliberate effort to allow local communities to set their own priorities based on their local knowledge. But it ended up making the 2015 rule as defanged as the AI process it was replacing, says Salim Furth, a senior researcher at George Mason University's Mercatus Center.

"There were no consequences," he tells Reason. "It was never spelled out in the Obama rule what happened if they don't like your proposals except you have to do them again. It was like you were going to keep redoing your homework until the professor liked it."

In January 2018, the Trump administration started to chip away at Obama's AFFH rule, suspending most localities' reporting requirements until 2025. Then in August of that year, Carson announced that the administration would be rewriting AFFH completely.

The new rule, he said, would only focus on encouraging jurisdictions to add more housing supply, in contrast to the Obama-era rules that considered housing supply as just one factor among many that needed to be considered when assessing access to fair housing.

"I want to encourage the development of mixed-income multifamily dwellings all over the place," Carson told the Wall Street Journal, saying, "I would incentivize people who really would like to get a nice juicy government grant" to reform their zoning codes.

For that reason, Carson's proposed rule asks jurisdictions to narrow their AFFH submissions to reporting on measures of housing affordability and quality, with the idea being that these metrics will provide a quantifiable proxy measurement for exclusionary housing regulations that stand in the way of fair housing.

If housing is cheap citywide, the thinking goes, low- and moderate-income people will have the ability to live in neighborhoods that offer more opportunities.

Localities would also have to list at least three concrete steps they intend to take to further fair housing.

To combat discrimination, the Trump administration's proposal would also examine if jurisdictions had been the subject of a successful fair housing complaint in the last five years. Those that had would lose access to the incentives HUD would provide to high-performers.

Solomon Greene, a researcher at the Urban Institute and former HUD staffer who helped craft the 2015 AFFH rule, says focusing so narrowly on market outcomes and affordability misses the many ways obstacles to fair housing can present themselves, especially for the classes of people the FHA was designed to protect.

"When talking about affordable housing from a fair housing perspective, you have to look at [what's] affordable for whom," Greene tells Reason. "Using a lens that looks at affordability from the perspective of protected classes is absolutely important and seems missing from the proposed rule."

For example, looking at general affordability in a city—as the new HUD rule proposes—might not tell you whether neighborhoods with good access to handicap-accessible public transportation are actually affordable to disabled people.

By collecting neighborhood-level data on demographics, school quality, transportation access, and job opportunities, says Greene, the Obama-era AFFH assessments were able to give a much fuller picture of what roadblocks there were to protected classes finding adequate affordable housing.

By focusing on affordability in general, he says, the new HUD rule is depriving the department of information it needs to accurately assess if communities are, in fact, furthering fair housing.

Greene also says that HUD was proactive in assisting jurisdictions who had difficulty completing the detailed fair housing assessments required by the Obama-era rule.

Others have made similar comments, saying that the new HUD rule effectively throws in the towel when it comes to fighting housing discrimination.

"Discrimination and segregation will continue unabated when HUD doesn't provide meaningful fair housing oversight of local governments," Thomas Silverstein, an attorney with the Lawyers' Committee for Civil Rights Under Law, told the Post.

Yentel, in comments to Mother Jones, also said that Carson is letting "localities off the hook by explicitly stating there will be no consequences if they keep their restrictive zoning laws."

The latter criticism is one that Furth is sympathetic to. HUD's new rule might focus on more appropriate measures of fair housing he says, but it will still largely judge localities on the plans bureaucrats produce, not the actions elected officials actually carry out—a flaw it shares with Obama AFFH rule.

"I don't see a reason these fictional plans written up by bureaucrats seeking money would be any more real under a Carson rule than they would be under a Castro rule," says Furth, referencing former HUD Secretary Julian Castro.

Furth says localities should have to show HUD that they've actually taken some steps to further fair housing, whatever those steps might be.

There are obvious perils in tying many strings to federal grants. Demanding local governments take specific actions when it comes to land-use planning is a huge intrusion of federal authority into a policy area long held to be the sole domain of cities and states.

There's also the wider question of what libertarians should make of rules governing federal grant programs that probably shouldn't exist in the first place.

Hendrix cautions against making the perfect the enemy of the good. So long as these grant programs do exist, they should at least be administered in a way that encourages better, freer housing policy.

"So much of what this new rule points to is a more market-oriented approach to housing, which is what we should all be pushing for," he says.

The Trump administration's proposed AFFH rule has yet to be published in the federal register. Once that's done, the public will have 60 days to submit comment before the rule is finalized.