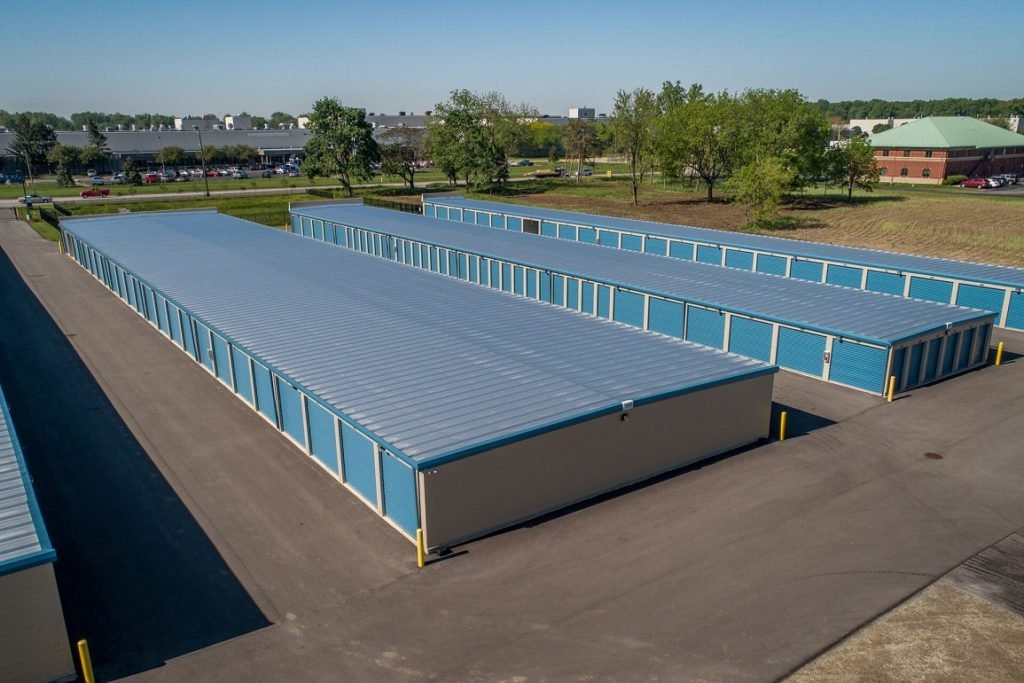 The self-storage industry has been experiencing declining street rates in recent times, but there remains an enthusiasm for building storage facilities. With investors still seeing the industry as a good and stable option, it is therefore not surprising that in some parts of the country there are many self-storage projects in the pipeline, either in the construction or the planning stages.

The national average amount of self-storage space planned or under construction as a proportion of total inventory was 9.4%. This figure gives a useful measure of how much self-storage construction is in the pipeline compared to what is already built, and therefore an indication of how keen investors are in the industry and whether any potential overbuilding is happening. This national average figure is a slight increase on what it was in the previous month, indicating that, nationally speaking, investors are not losing interest in the sector.

For non-climate-controlled 10×10 units, street rates decreased 3.4% on a year-over-year basis. This is a sign that operators are hoping to maintain occupancy levels in the face of some market over-saturation. Some local markets are seeing levels of construction and rate drops much higher than the national figure. Here we look at the top 5 cities in terms of the amount of storage space planned or under construction as a proportion of the total inventory.

The amount of self-storage facilities that are planned or under construction in Portland is no less than 20% of the total inventory there. The knock-on effects of this can be seen in the year-over-year rent decreases witnessed in October 2019, which were hovering around -6% for both climate-controlled and non-climate-controlled units – the street rate for the latter is now $138 per month.

Portland had one of the nation’s highest rates of self-storage development in 2018, so a lot of momentum is being experienced. One of the reasons that the city is seeing a lot of vigor in this sector may be its healthy population growth of more than 11% since 2010. Portland has been labeled as a city which has self-storage overbuilding concerns, but demand may yet catch up with supply.

Second on the list is New York City, where in October 2019 the number of under-construction and planned self-storage properties represented 17.6% of the total inventory. This is also a slight increase on the figure of 17.4% in September of this year, meaning that the number of new facilities in the new-supply pipeline is still increasing.

In all there were 98 self-storage properties in the planning stages plus 54 under construction, but given the size of the Big Apple this actually made it the most undersupplied of the US’s 31 largest self-storage markets, with only about 3.25 square feet of storage space per person. While the average street rate for a non-climate-controlled 10×10 unit registered a 2% decrease year-over-year, it was still a hefty $171. You’d have paid 4% less for a climate-controlled unit of the same size.

Nashville is not far behind, with the number of self-storage projects in the planning or under-construction stages amounting to 17.6% of the total inventory in October 2019. This is a decline of 0.2% from the previous month’s figure. The street rate for a 10×10 non-climate-controlled unit was $103, a 5% decrease year-over-year, while a climate-controlled unit would have cost you 4% less. Nashville might be said to represent a rather high long-term absorption risk for investors as its still-vigorous rate of construction is coupled with a high storage space provision per person, almost 9 square feet.

Recently, it appears there has been a fair amount of interest in the Nashville self-storage sector, transactions having included a Florida-based storage company’s acquisition of three nearby facilities for $15.1 million and a Charlotte, NC-based firm’s purchase of a storage facility in the town for $16.1 million.

The percentage of self-storage properties currently proposed or under construction in Seattle in October 2019 as a proportion of the total inventory was 16.6%, an increase of 0.3% since the previous month. This represents a lot of new supply in the pipeline, and Seattle already offers about 6.8 square feet of storage space to its people, more than either New York or Portland, though less than Nashville. As you’d expect from such a high-profile city, the average street rate for a non-climate-controlled 10×10 unit is substantial—$151, though this is a 2% decrease from a year previously.

This self-storage situation in Seattle may be quite fluid if one large real estate transaction earlier this year is anything to go by: A former storage facility was sold for $11.5 million in the Ballard neighborhood, and while the buyer was chosen partly because he said he would not level the building, it appears reopening it for self-storage may be not be the automatic outcome. However, with high population growth—more than 22% between 2010 and 2018— Seattle investors may generally feel there will be increasing demand for self-storage.

In October 2019, California’s capital city had plenty of self-storage space in the pipeline, in fact an amount that was 16% of the total inventory. And this is an increase from the 15.6% figure registered in the previous month, which perhaps reflects investors’ confidence in the needs of the increasing population—the city was considered a relative boomtown in 2018, with many new residents and housing units being added. Many newcomers are high-salaried workers who found the Bay Area too pricy.

A street rate for a non-climate-controlled 10×10 storage unit in Sacramento was down year-over-year by only 1% in October 2019, with the average price being $131, although the rates of other types of unit saw somewhat greater hits. The relative confidence of the city’s self-storage construction industry is despite high construction costs and the building restrictions enforced in the area.

While the national level of self-storage construction in the pipeline may be reasonable, it is evident that in some areas of the country there is still a will to add more to the inventory. This may be due to expectations of increased growth in local populations and job markets, or simply to the newness of the sector and the continued enthusiasm that goes hand-in-hand with that. Cities such as New York with relatively low market penetration may feel more confident about continued building, as might those such as Seattle that are witnessing strong population increases.

Self-storage is generally considered to be a good revenue provider, and also recession-proof, considering that people need it in all sorts of instances, in both favorable and less favorable market conditions. Matt Burk, Founder & CEO of Fairway America, a private equity firm which specializes in middle-market real estate investments, including self-storage, had this to say: “Supply increases and rising operating costs create headwinds that are certainly a consideration in any self-storage investment at this point in the cycle. Despite these challenges, a focus on well-located assets in undersupplied pockets of the market and careful consideration to cost basis have continued to afford us opportunities to generate outsized returns in comparison to most other real estate asset classes.”

In an effort to support the self-storage industry, STORAGECafé aims to connect self-storage operators with those in search of extra space – the listings website features more than 25,000 self-storage facilities, all across the US.