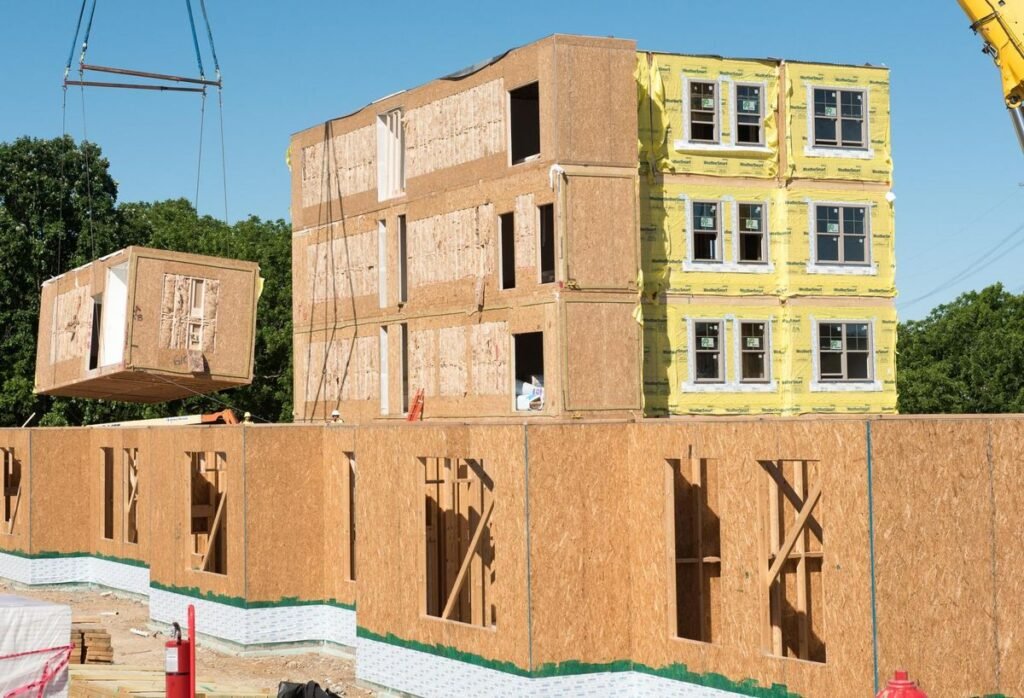 Over the past decade, Virginia has been experiencing constant population growth. While this is positive news for the state, it also shines a light on the staggering need for more affordable housing.

As of 2019, of the over 8.5 million people residing in Virginia, roughly 9.9% are estimated to be living in poverty, the U.S. census reported. The state doesn't have nearly enough affordable housing to meet these — and other residents’ — needs.

Virginia Housing, an organization that supports state residents by boosting access to affordable housing through its resources, programs and other initiatives, is embracing modular construction to help solve this problem.

Modular construction differs from traditional methods because instead of the entirety of the construction taking place at the site, the foundation is built on-site while the rest of the parts are manufactured concurrently in a factory and delivered once completed. The finished sections are then assembled atop the foundation.

Virginia Housing’s first funding project using modular construction is Gateway Senior Apartments, an affordable housing community located in Fishersville for eligible residents over the age of 55 whose make 60% or less than the area median income. Within the facility are 80 units total, consisting of 30 one-bedroom apartments and 50 two-bedroom apartments, as well as amenities including a fitness center.

According to Art Bowen, Virginia Housing's director of rental housing, 75% of this new facility will be constructed off-site and shipped to the final location. After these parts are assembled, developers can begin to bring together the parts needed for the building to operate, such as electrical and plumbing systems, before finally putting the roof and siding into place. Construction is currently in progress and is expected to go on until spring 2022.

Bowen said that by using modular construction, the project is expected to be done at a faster rate, saving time and costs.

“This process has a number of advantages, the biggest being time savings,” Bowen said in a statement. “In fact, if this development was built through conventional construction, it would have taken 24 months. By using modular construction, it will be built in 15-18 months — a time savings of approximately 30%.”

He said this process can also save time by mitigating any potential site inconveniences such as weather-related delays. The expected construction time would allow for tenants to move in sooner, which would provide them with much-needed housing and community support.

Another project funded by Virginia Housing that uses modular construction is the Five Points Neighborhood in Martinsville, a housing development consisting of a dozen cottage-style modular residences and 15 townhouses. These properties are intended for homebuyers whose income is considered low to medium, many of whom commute from up to 50 miles away to work in the city of Martinsville or Henry County. As there haven’t been many new properties constructed in the area in over a decade, this development is meant to fill the need for housing and provide workers with an affordable solution.

Virginia Housing Director of Strategic Housing Chris Thompson said that this project was made possible through the city’s collective efforts.

“What we are seeing in the city of Martinsville is a fantastic example of collaboration to help address the need for more workforce housing,” Thompson said. “This tremendous partnership brings together representatives from the private, public and nonprofit sector, all contributing financial and technical resources to bring an innovative solution to bear.”

This article was produced in collaboration between Virginia Housing and Studio B. Bisnow news staff was not involved in the production of this content.

Studio B is Bisnow’s in-house content and design studio. To learn more about how Studio B can help your team, reach out to studio@bisnow.com.