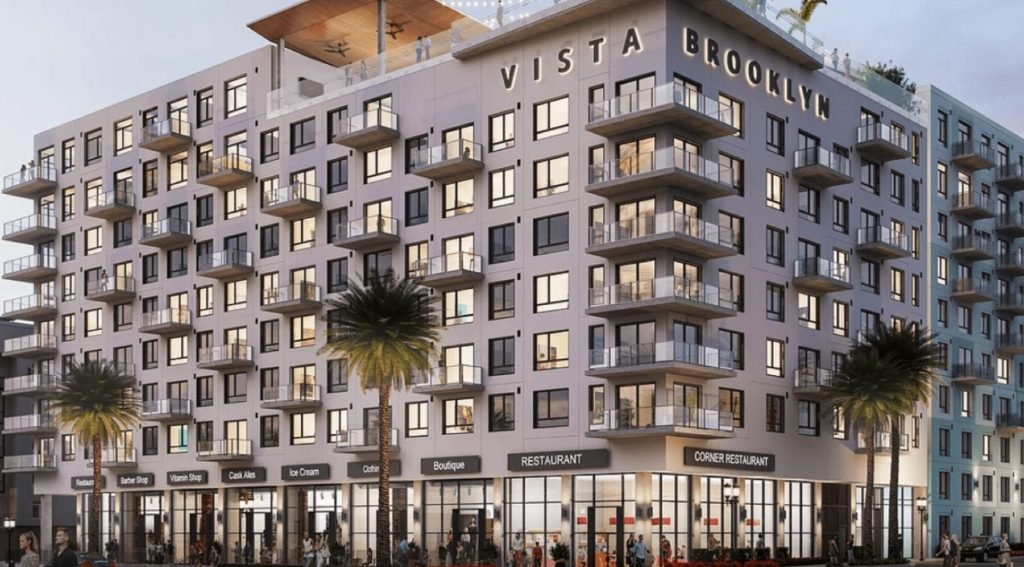 A common worry in 2019 was the specter of “the next recession.” Economists spent the better part of the year warning us about how we’re overdue for a crash and from the New York Times to the Wall Street Journal, media outlets ran stories and opinions about the next downturn—what would signal it, when it would arrive, how bad it would be, and whether the world was ready for it.

The reason for all this anxiety, of course, is our collective memory of the Great Recession—the years-long economic disaster following the 2007–2008 global financial crisis. As we mark a decade since recovery, a few questions seem to be on everyone’s minds:

However, history has shown that recessions can and do impact commercial real estate properties and the industry at large. For instance, in an environment where people are losing their jobs and savings, a luxury coworking space will likely struggle to attract and retain tenants—at least at the rate it would in a healthy market. This can have a direct impact on underlying investors.

That said, commercial real estate has historically differed from other investment options—including residential real estate—in terms of shielding some investors from some recession effects. An asset’s location, purpose, and sponsor (i.e., the developer, operator, and/or capital provider) have all shown to be key factors. Commercial real estate isn’t a one-size-fits-all investment. Markets and asset classes can operate completely independently of each other–if office vacancies are up in Nashville, that doesn’t automatically mean they can’t be down in Austin. Some investors have managed to weather economic downturns by focusing on the right places and the right buildings managed by the right people.

As an investor, it’s important to be as informed and educated as possible, especially when the economy’s overall health is in question. It’s not impossible to do well during a downturn, but it does require a clear understanding of the risks associated with investing when growth is slow. Here are some of the ways commercial real estate players successfully prepared for and navigated the last recession. What can you learn from them?

Perhaps surprisingly, some of the greatest troubles for commercial real estate firms during the last recession were the legal headaches. As property developers defaulted on loans, employees lost their jobs, and shareholders took their frustrations out on executives, developers and sponsors faced lawsuits. Organizations that hadn’t seriously considered and buttoned up their areas of liability were suddenly on the hook for millions of dollars.

A 2011 Zurich report (PDF) on the effects of the recession in commercial real estate mentions “71 securities cases filed in the real estate sector between 2007 and 2010,” along with numerous “suits for condominium buyers seeking refunds under a federal law regulating condo sales.”

In addition to facing legal battles, firms that hadn’t adequately prepared for the downturn saw vacant buildings plagued by risks such as the increased potential for “[g]lass breakage, water leakage, and wind damage” as well as “arson, theft, vandalism, and other crimes.”

Keep in mind that was all on top of massive defaults and foreclosures. One group of developers had a $500 million development foreclosed upon after they were unable to meet “debt obligations totaling nearly $512.5 million including about $449 million in principal balance, $42 million of accrued default interest, and $22 million in late charges.”

Smart commercial real estate players saw this as a wake-up call to tamp down their legal, financial, and operational risks. As the report states: “One of the major lessons learned from the recession is that risk management is a crucial part of any company’s business strategy. Unfortunately, many property owners and developers learned this the painful way.”

What to consider as an investor: It’s important to identify which firms have learned their lessons by evaluating which ones have prioritized risk management and can ensure thorough insurance coverage. Many sponsors are capable of executing business plans when market conditions are favorable, but it’s when a market shifts unexpectedly that the elite separate themselves from the rest of the pack. While difficult to quantify, you simply cannot underestimate the value of investing with a sponsor who is multi-cycle tested with profitable projects that it held through a recession. Transparency matters, and an investing platform like CrowdStreet gives you background on the investment opportunity and the group behind it.

Before coworking company WeWork and its IPO struggles made headlines, there was Regus. Founded in Belgium in 1989, Regus survived both the dot-com bubble of the 1990s and the 2007–2009 recession. Today, the company—now operating as the International Working Group (IWG)—is the world’s largest provider of flexible workspace solutions with 3000 business centers, spanning almost 900 cities across 120 countries. For comparison, WeWork has 837 locations across 125 cities.

How did Regus do it? They almost didn’t. In 2003, suffering dwindling value post-IPO and struggling to fill emptying office spaces throughout the US, Regus filed for Chapter 11 bankruptcy. The company was able to survive and reorganize by relying on funds from other business units, especially holdings in Europe that were more sheltered from the implications of the burst of the dot-com bubble. (We discuss this in greater detail in our latest Market Views research report.)

Regus’ business diversification laid the foundation for its resilience during the Great Recession. It’s the same reason Texas was “experiencing something like an economic boom” in 2010, according to the Atlantic: “Texas’ major cities have diversified away from the kind of real estate and financial services addiction that plagued CaliFlAriVada (that’s CA, FL, AZ, NV), where the recession has been the most severe.”

What to consider as an investor: Diversification is a foundational tenet of investing, so it’s important to think through how exposed your portfolio is to various types of investments. Do you have a lot of investments in one type of asset, like multifamily, or one risk profile, like opportunistic? It’s important to not put all your eggs in one proverbial basket, so if one deal underperforms your portfolio as a whole can still come out ahead. Platforms like CrowdStreet allow you to compare and contrast various commercial real estate investment opportunities.

They Took a Strategic Approach

As with housing markets, commercial real estate markets differ from region to region, metro to metro, city to city. Tier I markets (also called “primary” or “prime” markets), also known as 24-hour cities, are highly developed, often with the most expensive real estate properties including New York City, San Francisco, Chicago, Boston, and Los Angeles. By contrast, Tier II markets, also known as 18-hour cities, are smaller metros characterized by growth and opportunity. Different metro areas are better positioned to handle a downturn–they might have a more diversified economy, the presence of large universities or government agencies, strong population growth, etc–while others are less resilient in the face of economic uncertainty.

During the last recession, impact also differed among commercial real estate asset classes. Data from that 2013 report shows that office buildings bottomed out lower than retail or industrial properties, but were able to regain their value faster.

And some assets actually performed well during the recession. As people downsized their lives and moved out of homes they could no longer afford, the self-storage industry saw a spike in demand, leading some to wonder if it was recession-proof. In recent months, perhaps propelled by the shadow of a looming recession, investment activity in storage companies has once again soared.

Each of these factors can present challenges as well as opportunities for commercial real estate players.

What to consider as an investor: Certain commercial real estate asset classes tend to be more recession-resistant than others because they run counter-cyclical. By carefully tracking the different markets and asset classes as changes occurred during the last recession, investors and developers should (hopefully) strategically time their entries and exits to a) minimize their recession exposure and b) recover as fast as possible.

Patience is a virtue. For commercial real estate investors and developers, it may also be the critical element in riding out a recession and emerging on the other side relatively unharmed.

In January 2009, in the trenches of the Great Recession, D Magazine sat down for a conversation with three commercial real estate executives who had lived through another downturn. Scott Lynn, Craig Hall, and Sam Hocker had endured the savings and loan crisis of the 1980s and 90s—a smaller financial crisis overall, but arguably a more severe and longer-lasting one for the real estate industry. Lynn, Hall, and Hocker—all of whom are still active in CRE today, by the way—shared their experiences and insights about surviving a crash.

It’s an enlightening interview, providing a valuable perspective for anyone concerned about the potential of another recession in the near future. Here are a couple of choice quotes from Hall:

“The worst part is, people usually think it is over before it is over. I think we are very extended and there is going to be a difficult de-leveraging. Many people aren’t going to make it. But it is possible it will provide the best buying opportunities since the mid-1980s. A lot of wealth will change from current owners to new owners.”

…It takes an optimist to be successful; it takes a realist to survive and come through. This is going to be important, because it’s just starting. … It is better to be facing this reality sooner rather than later—not waiting until 2010.”

What to consider as an investor: Investors surely know the old saying: “Those who cannot remember the past are condemned to repeat it.” 2020 may be another year defined by recession. None of us have any say over if and when the next downturn will strike, but that doesn’t mean investors are powerless to protect themselves and their families against it. We can learn from the past to better plan for the future, whatever it may be.

No one can say for certain what’s coming in 2020–will there be a recession? If there is, how bad will it be and for how long will it last? And which sectors will get hit hardest? But commercial real estate investors can learn from the past (both successes and failures) as a way to guide their investing decisions going forward.