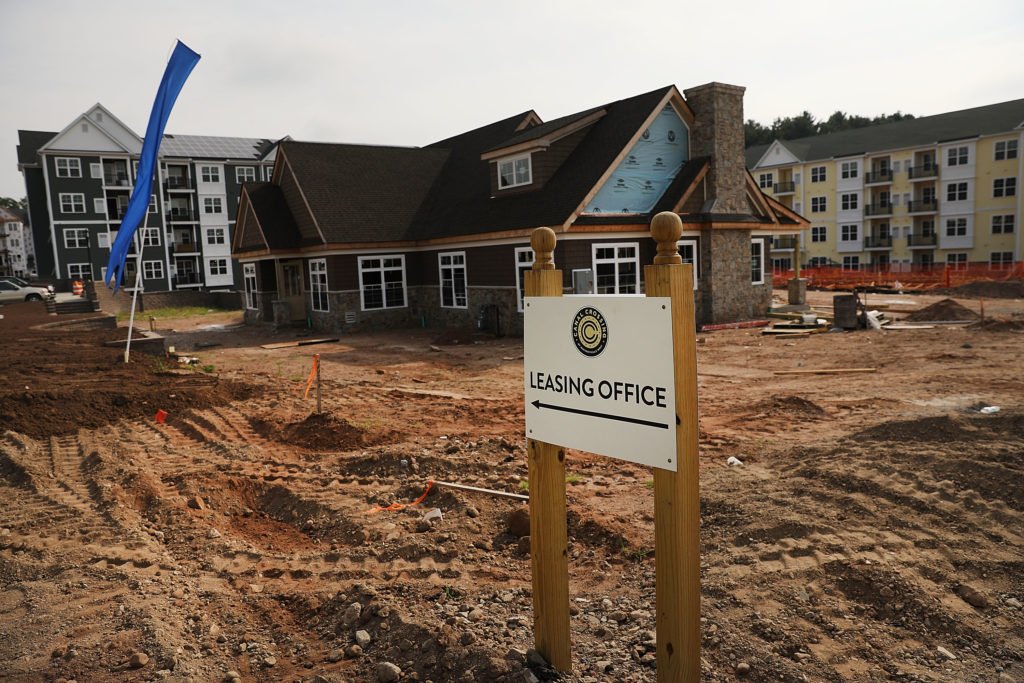 As fears of a possible recession and overbuilding in the multifamily sector diminish, lenders are showing they still have an appetite for financing construction projects. The availability of mezzanine loans and lower interest rates are helping fuel this activity and helping to offset rising construction costs.

Even if the economy shrinks sometime in 2020 or 2021, multifamily pros believe demand for apartments is still strong enough to prevent major damage to apartment properties in most markets—even with the thousands of new apartments recently opened by developers across the country. “There is clear evidence that multifamily is the asset class best equipped to weather a downturn,” says David G. Shillington, president of Marcus & Millichap Capital Corp., based in Atlanta, pointing to overall fundamentals in the sector that remain healthy.

“Occupancy rates continue to stay steady in the face of new supply,” adds Bill Leffler, senior vice president of equity and structured finance for CBRE, based in based Atlanta. “The strong economic conditions, job creation and population increases (in the southeast) still fill up the new product hitting the market.”

There are pockets where too much development may be occurring, but experts think it might be only secondary and tertiary markets that face that risk, says Jamie Swick, senior associate in the National Student Housing Group for Colliers International.

Instead of overbuilding, the high price of building is likely to be the biggest challenge for apartment developers in 2020. Labor and materials costs are rising at a steady clip.

“For many projects, rising construction costs have reduced the potential profit to a level where it doesn’t make sense to build,” says Brandon Roth, senior director for JLL. “For those projects that are still moving forward, there is debt capital available, but the leverage is typically lower and more sponsor equity is required.”

Lower interest rates for construction loans have partially offset some of these rising costs, says Roth. However, lenders have not passed all of those lower rates onto borrowers. “Interest rates dropping by 20 or 40 basis points doesn’t really make or break a construction loan decision,” says Leffler. But when interest rates are falling for all deal types—including permanent financing and mezzanine financing—that encourages more lenders to move into the construction space in a search for yield.

Most construction loans for apartments are financed with floating rate debt tied to a spread over the 30-day London InterBank Offered Rate (LIBOR). For the first few months of 2019, LIBOR stayed at about 2.5 percent. That was its highest level in more than a decade, and experts and economists all expected the benchmark short-term interest rate to keep rising. However, in spring 2019, officials at the Federal Reserve began to cut their own benchmark interest rates as economic uncertainty grew. LIBOR dropped down to 1.7 percent by the beginning of December 2019.

Developers often look for mezzanine financing to help make up for construction loans that often cover as little as 55 percent of the cost of development.  “It’s typically in the form of a lender that will provide a higher leverage loan (for example 75 percent loan-to-cost), and then break their note into senior and mezzanine pieces post-closing,” says Roth.

Many lenders refuse to allow properties to squeeze mezzanine finance behind their senior construction loans. “Given the risk in a change in control tied to default on a mezzanine loan, most lenders will not allow it,” says Shillington. “Preferred equity structures can often be structured to accomplish the same task of increasing leverage but are more appealing to lenders.”

Suburban-style garden apartments are benefiting the most from this current financing environment.

Garden apartments are relatively easy to complete quickly. The wood-frame buildings usually rise just three or four stories. These construction projects can produce rentable apartments much more quickly than a project to build a concrete apartment tower. “Rents for these types of assets are affordable to the largest pool of potential renters,” says Shillington.